$1.5 Million Colt Stars for I Am Invincible

Day one of the Inglis Australian Easter Yearling Sale produced more stellar results for champion sire I Am Invincible with 16 of his progeny selling at an average $647,813 with three youngsters selling for $1million or more including the session topper.

Bred and retained to race by Cressfield, Stratum mare Egyptian Symbol was a wonderfully tough and talented campaigner on the track and her first foal proved a sale ring superstar when fetching $1.5million.

NEW TOP LOT the quality I am Invincible x Egyptian Symbol colt (Lot 144), from @Cressfieldstud will be joining the @cmaherracing stables selling for $1.5M! What a fantastic result here on day one of the #InglisEaster sale! Congratulations! pic.twitter.com/x8YROe3vxT

The gorgeous bay sparked an intense bidding duel with Ciaron Maher Bloodstock placing the winning bid on the colt, whose grand-dam is Champion Older Female Sprinter Our Egyptian Raine.

“Ciaron thought he was the colt of the sale. It’s quite obvious when Ciaron doesn’t have an owner for it and he goes to $1.5m that he likes it,’’ said William Bourne, Bloodstock Manager for Ciaron Maher.

“Ciaron is an aggressive guy with business, and fortune favours the brave. He’s not afraid to put his neck on the line and he has done on this colt and that reflects how big of an opinion he had of the colt. 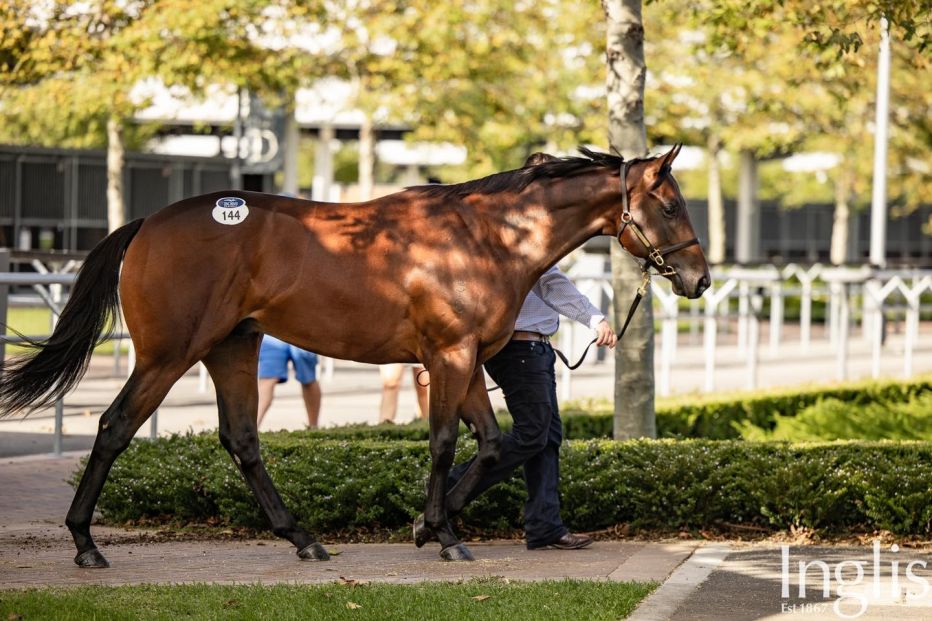 “Ciaron really likes the farm, they’re a nursery of champions Cressfield. About three years ago Ciaron purchased Cellsabeel off the farm, it’s the same family with her there in the second dam and she had a ton of ability who was a long-time favourite for the Slipper so Ciaron had that in mind too when buying.

“He’s just a lovely animal, exactly what Ciaron looks for in a horse – plenty of size, plenty of substance, we couldn’t fault him.’’

A long standing member of the Cressfield broodmare band, Our Egyptian Raine is by influential sire Desert Sun (GB), the sire of champion mare Sunline and sire of the dams of world champion sprinters Black Caviar and Nature Strip.

A multiple Group III winner of over $1.5million in prizemoney, Egyptian Symbol is the best of nine winners from Our Egyptian Raine, who was retired from stud duties in 2020.

Other big sales for I Am Invincible came with the half-brother to this season’s 2YO stakes-winner Millane from Fireworks that made $1.35 million for Segenhoe when bought by James Harron Bloodstock and the Bhima Thoroughbreds consigned colt from Calming Influence that made $1million when bought by Tom Magnier.