Yarraman Park enjoyed strong results at the Magic Millions National Broodmare Sale selling 25 mares for $9,478,000 to be the second leading vendor by aggregate, while mares in foal to champion sire I Am Invincible lit up the sale ring.

The most expensive mare offered in foal at this sale was Zoustar’s Group II winning daughter Madam Rouge (pictured below), who was snapped up by Widden Stud for $2.4million with a positive test to I Am Invincible in her first season at stud. 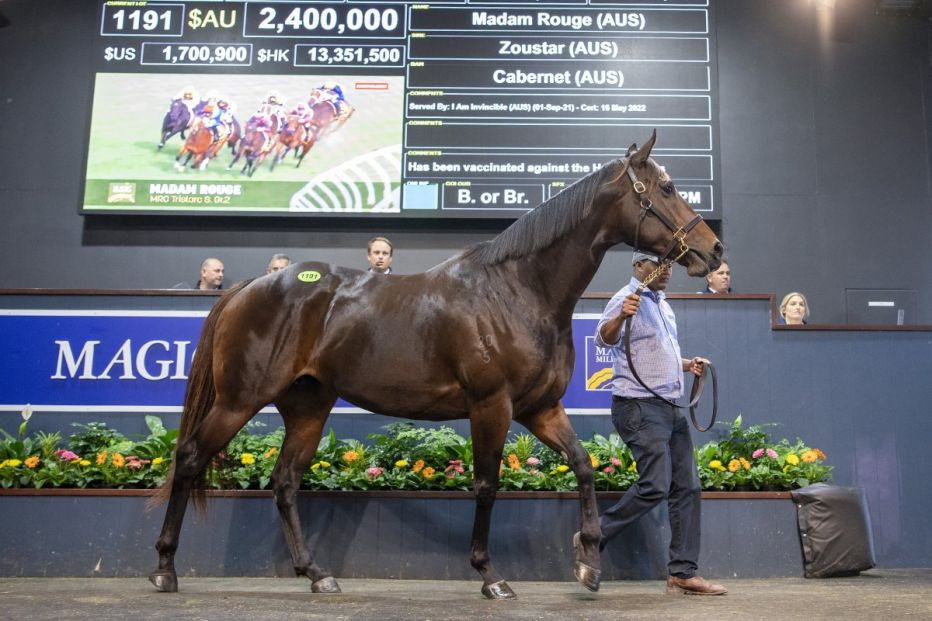 Godolphin also had a big result with their blue blood mare Tangier (pictured below), who was bought by Tom Magnier/ Avenue Bloodstock for $1.3million and was also in foal to I Am Invincible in her first season at stud. 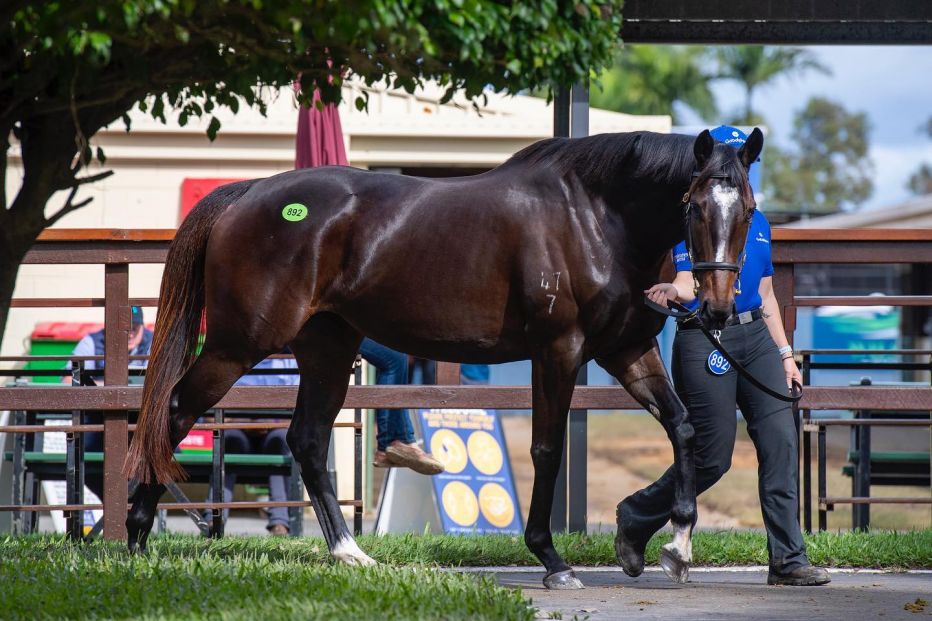 Group II winning Ocean Park (pictured below) mare Oceanex was another young mare in foal to I Am Invincible first season and she made $1million for Yarraman Park, when bought by Kia Ora Stud/ TFI

Other million dollar mares sold by Yarraman Park were Shadwell Stud’s stakes-winning Not a Single Doubt mare Nomothaj in foal to Exceed and Excel and bought by Gandharvi Pty Ltd for $1.1million as well as brilliant Group II winning Rubick mare Rubisaki that made $1million for Prime Thoroughbreds when bought by James Harron Bloodstock for Morningside. 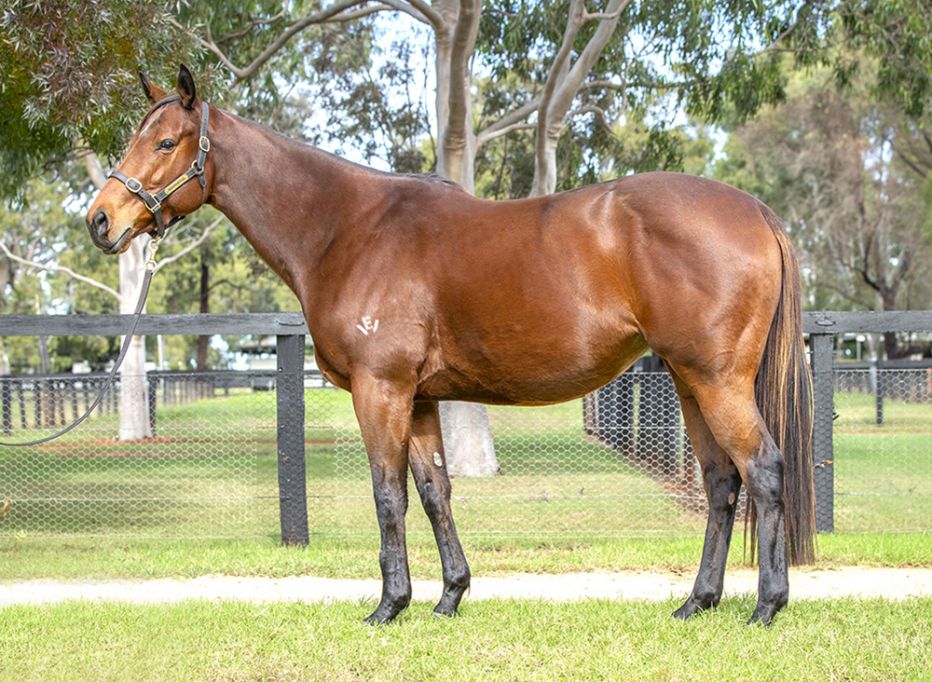