25th 2YO Winner for I Am Invincible

Yarraman Park’s super sire I Am Invincible racked up his 25th tw year-old winner of the season at Canterbury on Thursday when problem child Mistress Mouse finally put her best foot forward to score her first win.

Trained by Gai Waterhouse and Adrian Bott, Mistress Mouse had been unplaced in three previous starts featuring in the steward’s report on each occasion for a variety of unhelpful behaviours.

Ridden forward this time by Jay Ford, she was allowed to run early and quickly took over the lead to coast along on her own in front. The new tactics suited Mistress Mouse and she had enough left in the run home to hold off a challenge from Living Rocks to win the 1100 metre maiden by a length.

Recently back from holidays, Gai Waterhouse was on hand to greet Mistress Mouse and was quick to praise her team of staff, who have worked hard to get the best out of Mistress Mouse.

A $450,000 Magic Millions purchase from the Rosari Farm draft for Reg Inglis/Jon Kelly/Paul Frampton, Mistress Mouse runs in the colours of US bloodstock investor Jon Kelly.

“That’s a great result for Mr Kelly and lovely for Reg Inglis, who introduced Mr Kelly and his family to Australian racing and purchases their horses,” said Gai Waterhouse. 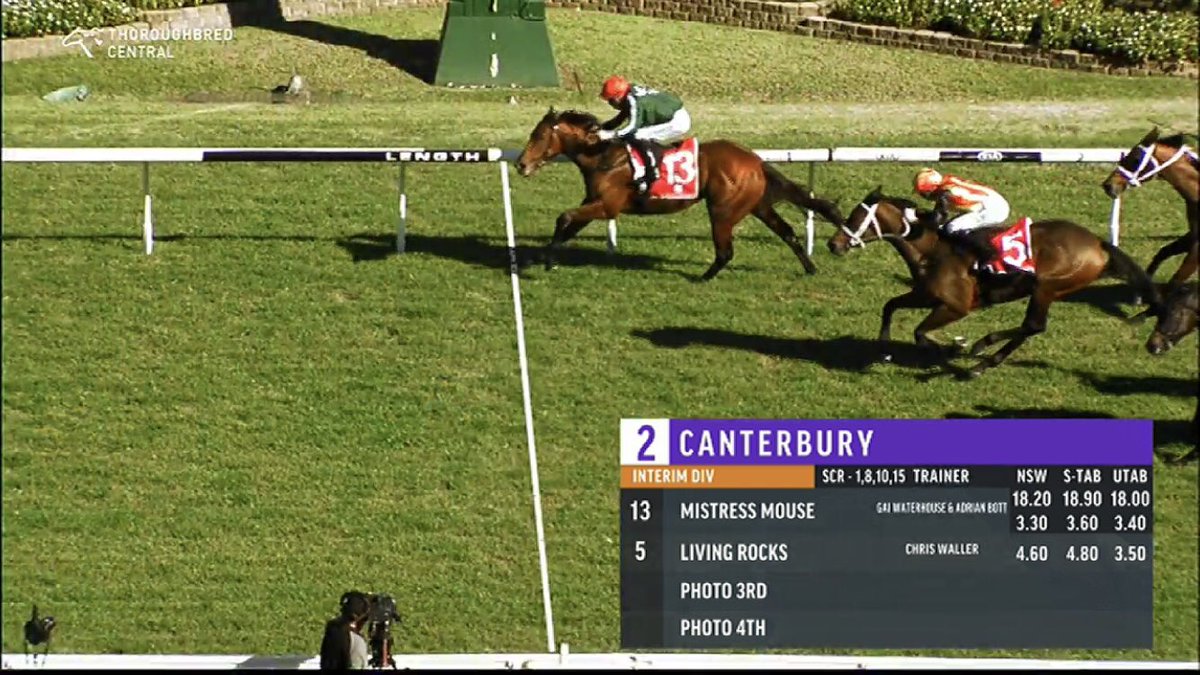 Mistress Mouse is a half-sister to Group III placed Quackerjack and is the fourth winner from four foasl to race from Quack It, a half-sister by Ustinov to stakes-winners Anatina and Pricked.

Mistress Mouse is the 25th two year-old winner for I Am Invincible, who is on track to be Champion 2YO Sire of 2018/2019 leading the division by winners, stakes-winners and earnings in a close battle with Arrowfield Stud’s super sire Snitzel.

Mistress Mouse roars home @atc_races & couldn’t have been more impressive for her most deserving owners, Jon & Sarah Kelly, & Paul Frampton. There’s plenty more to come from this lovely daughter of I Am Invincible 👏🏼👏🏼👏🏼 pic.twitter.com/n76XwZtzEh