Caulfield Stakes Double for I Am Invincible

I Am Invincible racked up an early stakes double at Caulfield on Saturday with brilliant two year-old filly Fake Love scoring impressively on debut in the Listed MRC Debutant Stakes and then classy five year-old mare Fiesta burst back to top form to win the Group III MRC Northwood Plume Stakes (1200m).

A good third at hr first run in Melbourne this preparation indicated Fiesta was on her way back and she kept up the good work, finishing off with a late rush for Hugh Bowman to win by three-quarters of a length.

“She was a very good three year-old filly, but she just seemed to lose her form last season,” said Bowman.

“Her will to win has not diminished and she proved that today.

“She’s a lovely mare and it’s great to be winning in the colours of Denise Martin’s Star Thoroughbreds.”

A $150,000 Inglis Classic purchase for Star Thoroughbreds / Chris Waller Racing from the Fairhill Farm draft, Fiesta was bred and offered for sale by Mike and Debbie O’Donnell and has the overall record of four wins and 10 placings from 27 starts with prizemoney of $1.4 million. 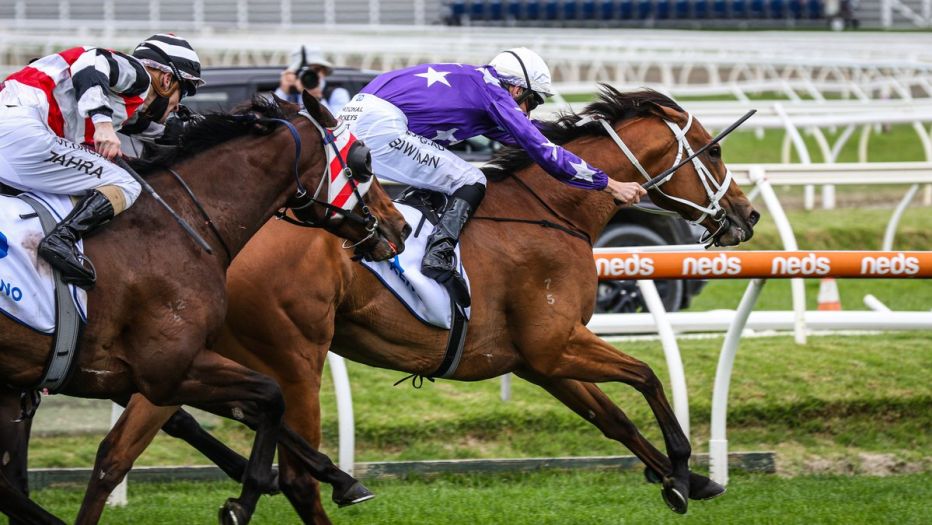 Fiesta is the best of three winners from Now Now, a winning half-sister by Danehill Dancer (IRE) to Group II placed Rock Cocktail from the family of Group III winners Charm Scene Land and Stock Around.

First out and first home, the I Am Invincible filly Fake Love made the best possible start to her career with a thoroughly professional performance in Saturday’s Listed MRC Magic Millions Debutant Stakes (1000m) at Caulfield, giving promise that she could be the second consecutive winner of the Magic Millions 2yo Classic for part-owner Hannah Mathiesen.

With Mark Zahra in the saddle, the Ciaron Maher and David Eustace-trained filly led her rivals a merry dance and romped home to win by a length and quarter.

“It’s great for David Gillies, it is one of his first horses in the stable and had his colours on,” Ciaron Maher said.

“She did it in emphatic style. To think (part-owner) Hannah Mathiesen came down here and worked for us for six months and found Away Game and then to find another one the very next year.

“She will be targeted towards the Magic Millions now she has got a bit of black-type.

“Away Game was very durable, this his is a similar shape but is probably a bit stronger, so hopefully she may be a bit better.”

Bred by Segenhoe Thoroughbreds and Lakeview Resources, Fake Love was consigned by Segenhoe to the 2019 National Weanling Sale where she made $380,000 to the bid of Oakmont. That made her the third most expensive weanling at the sale.

Back in the same ring a year later, Fake Love failed to make her $450,000 reserve when consigned by Valiant Stud to the 2020 Gold Coast Yearling Sale.

By champion sire Fastnet Rock, her dam Anatina won the Listed VRC Cap D’Antibes Stakes and MSS Security Stakes however her career highlight came when splitting Tiger Tees and Villa Verde in the 2014 Group 1 The Galaxy (1100m) at Randwick.

Anatina has a yearling filly by I Am Invincible’s Group I son Hellbent.

Fake Love becomes the 57th stakes-winner for I Am Invincible, who is Australia’s most expensive stallion this season standing at Yarraman Park at a fee of $209,000.