Yarraman Park’s champion sire I Am Invincible became the first stallion this season to hit 100 winners since August 1 with a treble of winners on Sunday.

I Am Invincible got to 99 winners at Hawkesbury with promising maiden winner Hurt Money and then kicked the winning goal with four year-old gelding Awesome Lad, who also saluted at Hawkesbury at his first start for new trainer Jason Deamer.

Awesome Lad had a win and a third placing from his three previous starts earlier in the year for previous trainer Kris Lees and was well fancied in the Benchmark 64 event over 1300m, scoring by half a length.

Awesome Lad runs in the Dynamic Syndications colours and was bred by Gooree Park Stud. He is the first winner for stakes-winning Street Sense mare Sensible Lady (USA).

The leading sire by individual winners for the past two seasons, I Am Invincible has racked up his 100 winners from 230 runners, his winner to runners strike rate of 43.5% the best of any stallion with 50 or more winners by quite a margin. 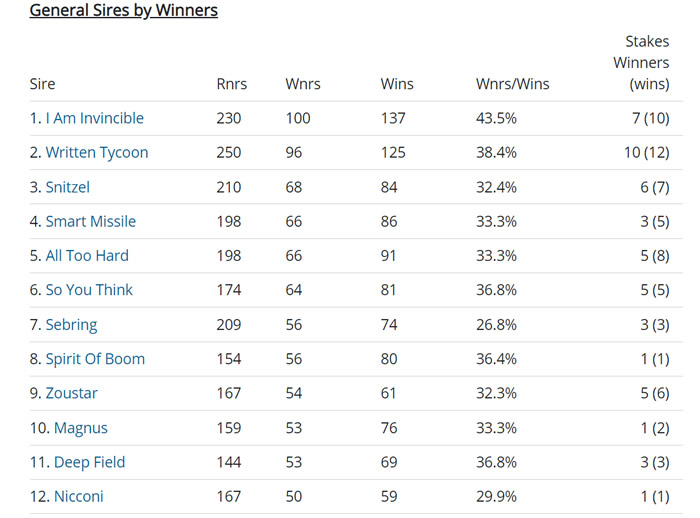