Yarraman Park’s Hellbent finished the season on Sunday with two second-placed runners, but was quickly into stride on Monday with his first runner for the new season returning an impressive debut winner at Pakenham.

Trained by Mick Price and Michael Kent Jr, athletic grey three year-old gelding Keitel showed an explosive turn of foot to zoom away from his rivals and with the 1200m maiden by four lengths.

Hellbent 3yo Keitel impresses on debut at Pakenham.

Winning rider Patrick Moloney was delighted with the win, praising the sharp gear change produced by Keitel when he was asked to get going.

“I nearly fell of the back of him when I dropped the clutch,” he quipped.

“He’s only little, but he has a great attitude. He was strong late and powerful through the line.

“With a dominant win like that, he’s in at the right time of year to see just where he can go.”

A $140,000 Inglis Classic purchase for his trainers from the Amarina Farm draft, Keitel is the second winner from Plausible, an unraced half-sister to five time Group I winner Racing to Win and to the dam of Everest winner Classique Legend. 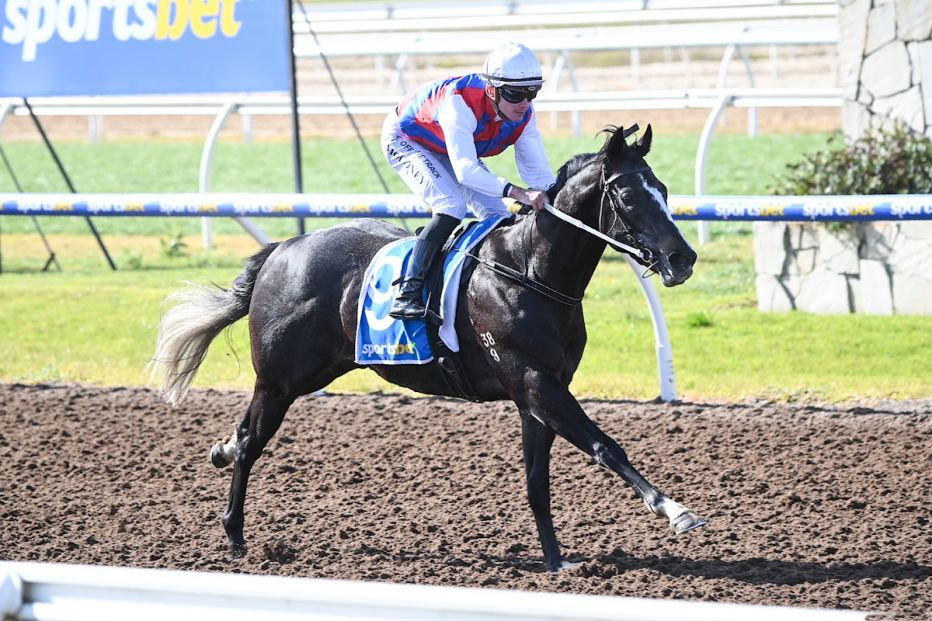 Both of those superstars, Racing to Win and Classique Legend are grey, so connections will no doubt be hoping if things go in threes Keitel may be the next grey million dollar earner in the family.

The full sister to Keitel was sold at Magic Millions this year for $260,000 through the Edinglassie Thoroughbreds draft for Vandyke Racing.

Hellbent finished second on the leading first season sires list by winners last season and stands this spring at a fee of $22,000.