New Juvenile Stakes-Winner for I am Invincible

Champion trainer Tony Gollan has some progressive juveniles in his stable ad one of them is I Am Invincible colt Nettuno, who made it three wins from three starts when scoring a tenacious win in the Group III Ken Russell Memorial Classic (1200m) at the Gold Coast on Saturday.

He scored easy wins at Sunshine Coast and Doomben and upped the ante with this performance scoring a long head win over Midnight in Tokyo, who is by I Am Invincible’s young sire son Kobayashi.

Nettuno has won over $144,000 in his first three starts and has a bright future, although Tony Gollan felt the heavy track did not flatter his talented colt.

Exciting 2YO, Nettuno makes it 3 from 3 in the Group 3 @tabcomau Ken Russell Memorial at the @GCTurfClub. The 76th SW for I Am Invincible, Nettuno was sold by @yarramanpark to @tonygollan, John Foote & Black Soil for $500k at the 2021 Gold Coast @mmsnippets #ItPaysToBuyAustralian pic.twitter.com/5zwPNpWb7C

“He wasn’t as good as what he’d been,” Gollan said.

“When he won up at the Sunshine Coast, it was an improving Heavy 8 that day and this is a deteriorating Heavy 8 here today, if not a nine. I don’t think he handled this ground as good. He wasn’t the best version of himself today.

“There was a point there where he was able to be beaten and he was able to pick himself up and win. That’s always a good quality in a horse, particularly a colt, when you win when you’re there to be defeated.

“I think he’s got a really, really promising future this colt. I think he is probably one of the more excitable horses I’ve trained.” 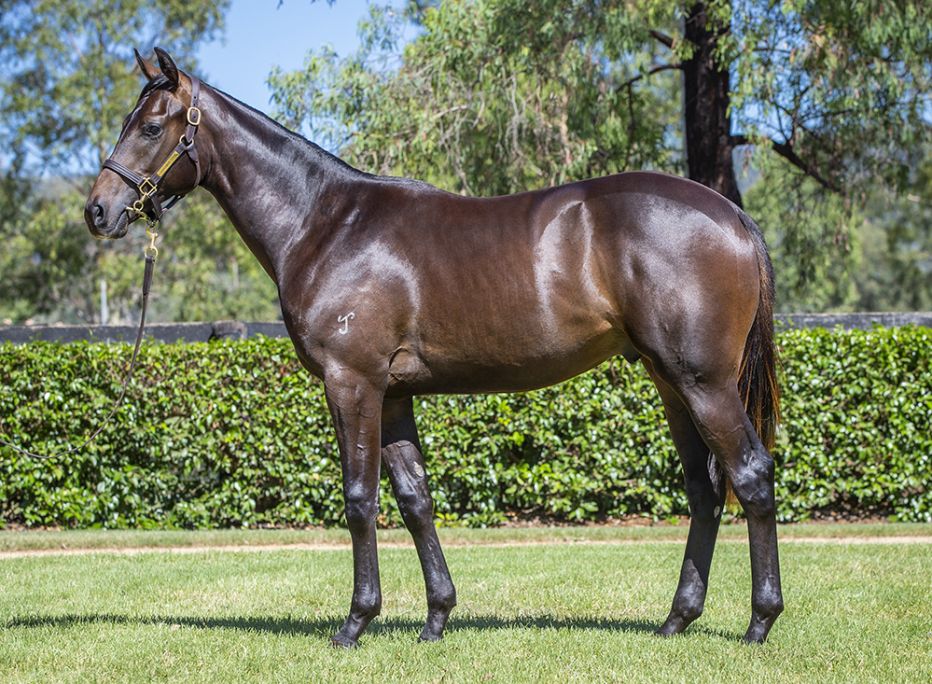 A $500,000 Magic Millions purchase from the Yarraman Park draft for Gollan Racing/John Foote Bloodstock/Black Soil Bloodstock, Nettuno runs for a partnership that includes Segenhoe and Yarraman Park, who also bred the colt.

Bred by Yarraman in partnership, he is the fifth winner from five foals to race from Group III winning Galileo mare Saint Minerva and is bred on the exact same cross as $3million earning Group I winner Invincibella, who is also by I Am Invincible from a daughter of Galileo.

Yarraman Park sold the yearling colt by Hellbent from Saint Minerva at Inglis Premier this year for $210,000 to Dullingham Pty Ltd and he is her final foal.

Nettuno is the 76th stakes-winner for Yarraman Park’s champion sire I Am Invincible.