I Am Invincible was in hot form at Eagle Farm on Saturday when his high class daughter Invincibella cracked $2million in earnings, while his speedy four year-old sons Victorem and Whypeeo fought out the finish of the Listed BRC The Wayne Wilson (1600m).

Star Thoroughbreds’ Invincibella returned to form to take her earnings to over $2 million as she defended her title in the Group II BRC Dane Ripper Stakes.

Given the run of the race by James McDonald, the daughter of I Am Invincible led home three of the first four places for the Chris Waller stable in winning by a long neck.

The @cwallerracing-trained Invincibella returns to winning ways with a very tough win in the Group 2 Dane Ripper Stakes at Eagle Farm 👏 pic.twitter.com/SgsRXNVfN5

Waller said all three would all head to the Group 1 Tatt’s Tiara at Eagle Farm in a fortnight.

“She’s been struggling for form this prep we thought age may be catching up with her, but to come back to a familiar race and it looks like she’s back on track,” Waller said.

“Her grand final is in two weeks with the Tatts Tiara, which Prompt Response and Noire will also head towards and that’s a good confidence boost for her ahead of a Group 1.

“Invincibella raced very well in the spring last year and then won the Magic Millions fillies and mares race.

“But she wasn’t suited by wet tracks in the autumn in Sydney and back on a dry track today she was always going to be hard to beat.”

A $185,000 Magic Millions purchase for Star Thoroughbreds from the Sledmere Stud draft, Invincibella is a half-sister to Listed stakes-winner Secret Blaze and is the first foal of unraced Galileo (IRE) mare Abscond, who comes from the family of Group I winner The Hind.

There are few more honest horses in training than the pride of Port Macquarie, Victorem, who put his 13 opponents to the sword in the Listed Hinkler Handicap (1200m).

The Jenny Graham-trained gelding did not disgrace himself when tried at Group 1 level for the first time in the Kingsford Smith Cup at his previous start and when he failed to make the field for the Group 1 Stradbroke Handicap, Graham elected to make the Hinkler a consolation.

With Ben Looker in the saddle, Victorem came with a barnstorming finish to defeat Whypeeo by one and a quarter lengths to credit I Am Invincible with the quinella.

“We were unfortunate not to get a start in the Stradbroke, but I’m on the top of the world right now,” Graham said.

“I said to Benny (Looker) you ride him how he feels and he summed it up perfectly, getting back and saving that finishing burst.

YOU WON’T SEE A BETTER WIN THAN THIS TODAY – Watch Victorem and jockey Ben Looker 👌 come from the back of the field, in traffic, and win the Hinkler Hcp @ Eagle Farm @racing_qld today. If you were on Whypeeo you are still wondering 'what just happened there?'😲 pic.twitter.com/kmssO9MbeU

“The long term goal is the Kosciuszko, but he’s only just into his prep so I might try to find another nice race up here for him before we head home.” 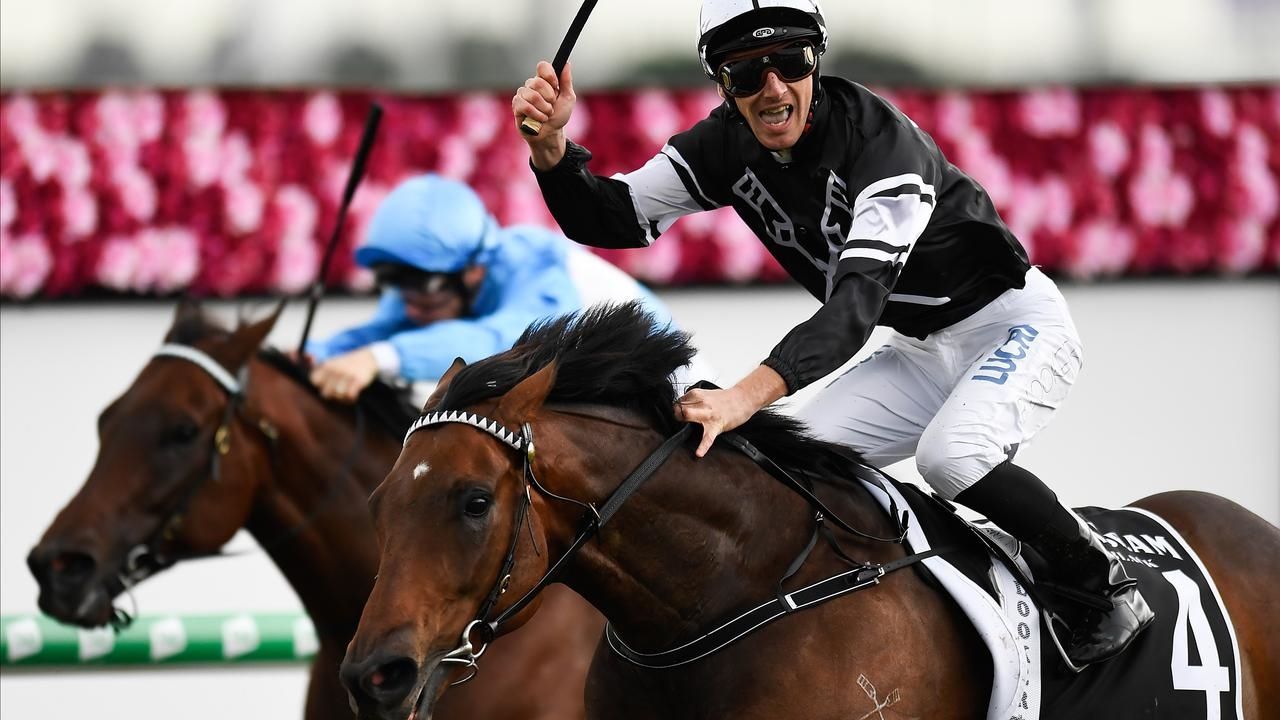 Winner of the $500,000 Country Championships Final at Randwick and the Listed Lough Neagh Stakes at Doomben, Victorem advanced his record to seven wins and five placings from 15 starts with earnings of $925,500.

Victorem was bought by his trainer for $65,000 at the Magic Millions 2YO’s in Training Sale in 2016 from the draft of Symphony Lodge.

He is the first winner for Playful Miss, a Sydney metro winner by Foreplay from the family of Group I winner Ball Park. She was covered by I Am Invincible again last spring.