A homebred for Shadwell, four year-old Deep Field gelding Al Muthana has been a multiple stakes-winner in the past and posted his first Group I victory when taking out the Hollywoodbets Gold Challenge (1600m) at Greyville in South Africa on Saturday.

His success sure to be of interest to all the people now invested in his female family following the Shadwell Dispersal last year.

Trained by Mike de Kock, he scored a half-length win in the feature event and has now won seven of 14 starts.

A homebred for Sheikh Hamdan Al Maktoum, that was foaled and raised at Yarraman Park, Al Muthana is a half-brother to Group II winner Wawail and is the best of five winners from eight to race from Group II winning Redoute’s Choice mare El Daana. 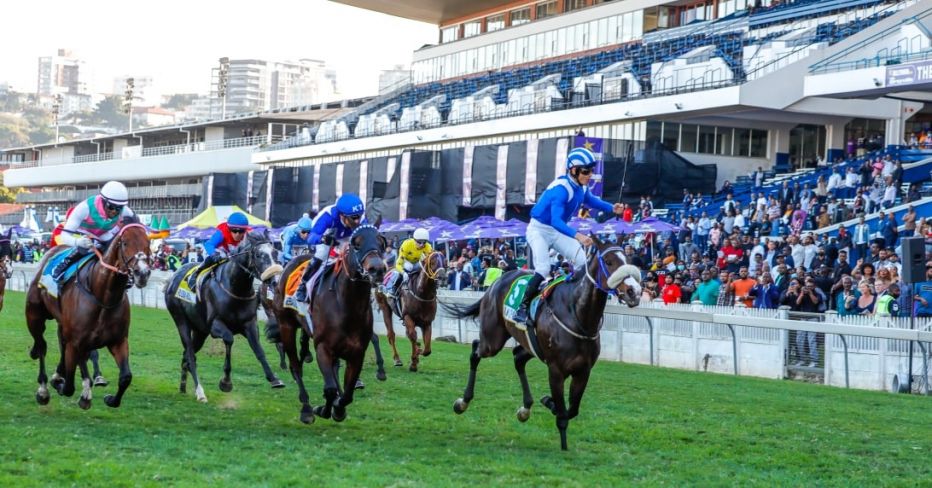 A $900,000 Inglis Easter purchase for Shadwell back in 2006, El Daana was sold at the 2021 Shadwell Dispersal at Magic Millions National where she was picked up by Paul Willetts Bloodstock for $120,000.

Her Group II winning daughter Wawail was sold at the same sale also to Paul Willetts for $425,000.

Both mares are now at stud in Victoria.

El Daana has a yearling filly by Wawail’s sire Lonhro that made $625,000 at Inglis Easter this year when bought by North Pole Pastoral and she has a weanling filly to follow by Too Darn Hot (GB) and was covered by Impending last spring.

Wawail has a weanling colt by Deep Field that is a three-quarter brother-in-blood to Al Muthana and she was covered last year by Toronado (IRE).