I Am Invincible Edges Closer to 200

Yarraman Park’s champion sire I Am Invincible moved to 199 Australian winners for the season on Thursday with two new maiden winners including expensive two year-old filly Authentic Jewel, who saluted at Kembla.

A $650,000 Magic Millions purchase from the Yulong draft for BK Racing/Guy Mulcaster, Authentic Jewel finished fourth in the Group III ATC Gimcrack stakes last spring when trained by Chris Waller, but is now in stable of Brad Widdup.

Fifth and third at her first two starts this year for her new trainer, Authentic Jewel did a few things wrong on those occasions jumping poorly, but she got everything right today and surged forward to trail the leaders.

She was tenacious to the line winning the 1000m maiden by a short head.

Bred and sold by Yulong, Authentic Jewel is the first winner for Gold and Diamonds, an unraced half-sister by Fastnet Rock to the dam of Group II winner Gift of Power from the Diamond Lover branch of the famed Eight Carat (GB) family.

I Am Invincible will cover another stellar book of mares this spring that will include triple Group I winner Arcadia Queen, who was sold to Arrowfield Stud for $3.2million at the Magic Millions National Broodmare Sale this year. 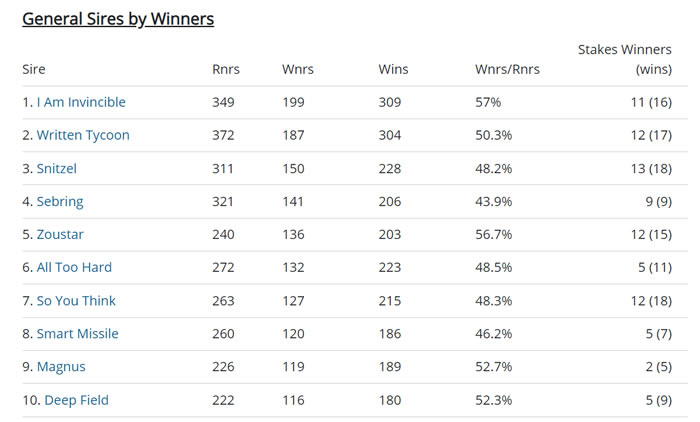